Stand-alone home or condo?
Which is best for you?

Once again Independence day is nearly upon us - time flies when it’s summertime! We’ve got another jam-packed week of activities for families encompassing all of the Cape Ann cities and towns is ahead. Whether you’re a local or you’re just visiting for the July 4th week, there’s plenty to do on Cape Ann.

Gloucester’s July 4th holiday starts off in full swing the evening before - with the annual Fishtown Horribles parade. One of the city’s most cherished and well-attended events, the parade winds through downtown, starting and ending at Gloucester High School. The parade starts at 6PM, and usually does not end until past 8, when night falls. The route goes down Centennial, up Stacy Boulevard, goes right at Tally’s Corner down Rogers Street, turns back down Main Street, up Pleasant, to Prospect, Railroad, Washington, and then back to Centennial. 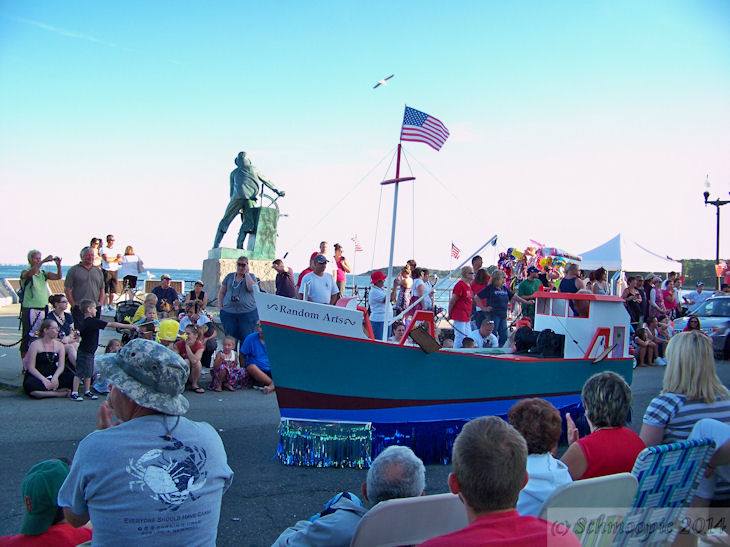 The parade got its start in the 1920’s not downtown, but in Riverdale. It wasn’t until the 1960’s that the parade shifted downtown - and grew a much larger audience. What sets the Horribles parade apart from others is that anyone can make a float - the zanier the better - and children are welcomed to come up with their own costume ideas. The children’s “horribles” costumes are judged at the end, and prizes that are donated by local small businesses are given out. Local politicians, community groups, businesses, and marching bands, as well as classic cars and fire trucks, make up the parade. Floats are given trophies as well at the culmination of the parade back at the high school. There’s never a dull moment at the parade! Make sure you bring small bills and change to give to the Fishtown Horribles bucket collectors, as the parade raises funds mainly through donations collected by volunteers during the parade.
This year, the parade has purchased a sausage cart that will be down at Stacy Boulevard, with all profits made by the cart going towards next year’s parade.

A free concert featuring local musicians begins at 5pm by Stacy Boulevard, and takes a break for the parade and fireworks, then continues after their commencement, running until roughly 11 PM. The fireworks begin at nightfall, usually around 9 PM, and are visible from most of the areas around the harbor.

Not to be outdone by the Fishtown Horribles parade, Rockport has its own quintessentially New England celebration.
Starting on July 4th at 6PM, Rockport holds a Firemen's Parade downtown, chock full of vintage and antique fire trucks - it’s been described as something out of a Norman  Rockwell painting - quaint and old fashioned, quite the opposite of the Horrible’s parade. After the parade ends, a concert on Back Beach by the Rockport Legion Band follows at 8 in the evening.

When the band finishes up around 9PM, the 4th of July Bonfire starts. Each year, the Rockport Firemen's Association, whose members are the organizers of both the Firemen’s Parade as well as the bonfire as well as the parade, work to construct a tower made mostly of shipping pallets on Back Beach. Sometimes the piles can end up being over 20 feet tall! Each year, an outhouse, shed, or shack is donated by someone in the community, decorated, then lifted to the top of the bonfire pile. You can guess what happens next! 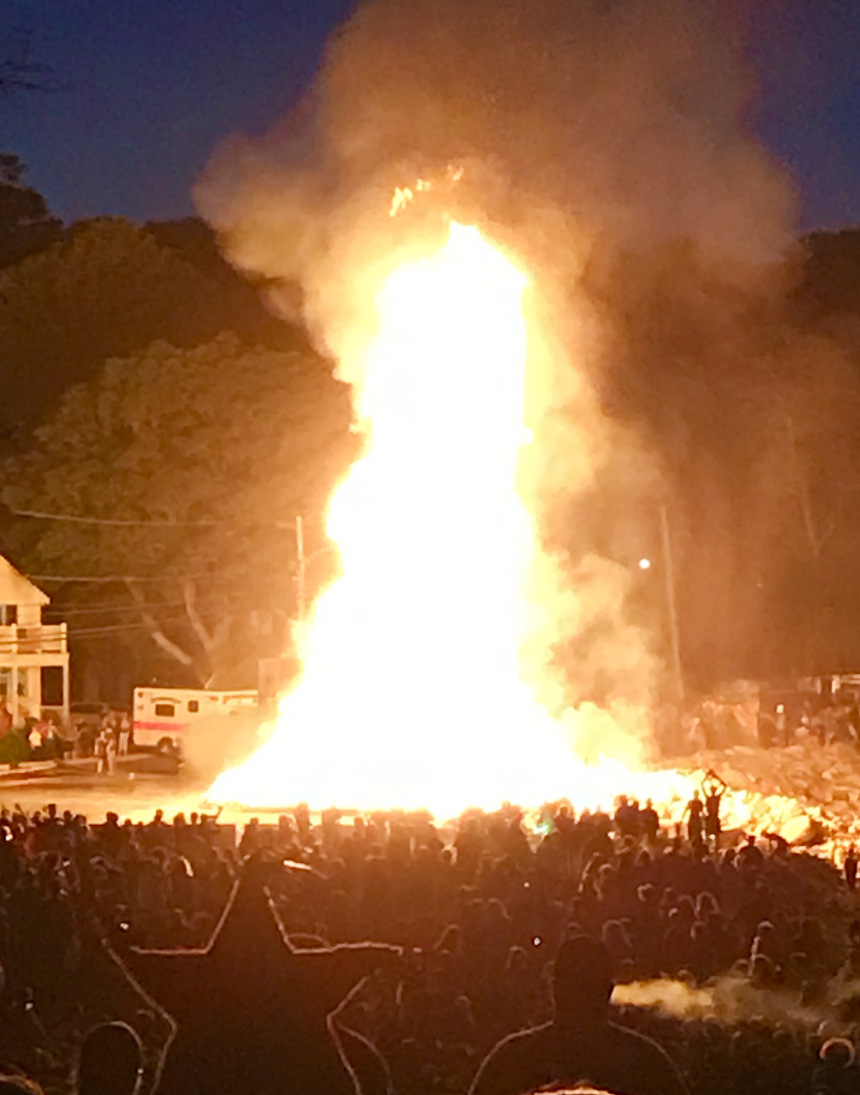 Rockport’s 4th of July bonfire tradition dates back to the 1950s, when the Association’s builders would spend multiple days moving railroad ties between the Rockport train station to Back Beach to create the bonfire structure. These fires would often last for several days, due to the thickness of the ties. Nowadays, the bonfires still last nearly all night - and the next morning, you can still catch a glimpse of the burning embers.

Most years there are t-shirts available for purchase during the concert and bonfire in order to raise money for the Firemen’s association to keep the event going for future years. And don’t worry - the firemen pay very close attention to the fire to ensure that everyone attending is safe.

Down in Manchester by the Sea, the holiday begins the weekend before the 4th, with the Red White and Blue Breakfast at Tucks Point, which is hosted by the Manchester Essex Rotary Club and runs from 7:30-11AM on Saturday, June 30th.

Next, celebrate on July 3rd with a free holiday concert by the Annie Brobst Band on Singing Beach. The concert will run from 7:15 to 9:15, so pack your beach gear and cooler and enjoy the evening! After the concert’s conclusion, make sure to stay for the fireworks show, which is launched from a barge just off of the beach!

To add to the excitement of the day, after the parade the Air Adventures Skydiver Team will have its members landing at Coach Field Playground at approximately 12:15pm. For more information, contact Manchester’s July 4th Committee.

One of the more interesting and unique events of July 4th takes place in Essex - the Chebacco Lake Boat Parade! Now in its 6th year, The Chebacco Lake and Watershed Association sponsors the annual Fourth of July Boat Parade. The parade is full of boats decorated with patriotic or creative and funny themes. The fun starts at 1 PM on July 4th. 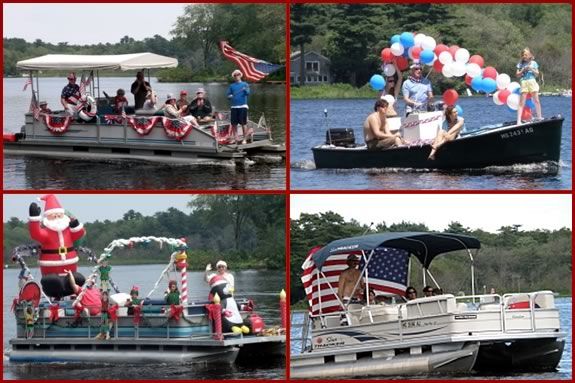 Each boat that wants to participate starts near the Centennial Grove Beach, then parade around the lake counter-clockwise.  No pre-registration is required for boats taking part in the parade. Prizes are given to every boat that participates, as well as special prizes for most creative, and most patriotic, boats and costumes.