Gloucester’s Schoonerfest, now in its 33rd year, began as a way to honor the legacy of the fishing schooner and its extended historic role in Gloucester, as well as the rest of the Northeast Atlantic seaboard and the Maritime Provinces of Canada. The festival is organized jointly by the Gloucester Schooner Festival Committee and Maritime Gloucester.

All in all, 28 schooners are signed up to participate in the weekend's events, including the parade of sail and the Mayor's cup race! There are several local schooners that participate in the annual festival - and tickets are available to take a fabulous sail around the harbor throughout the Schoonerfest weekend.

The first schooner in Gloucester's renaissance is the Thomas E. Lannon, at 90 feet in length and holding 49 passengers. The Lannon was built by renowned local wooden boatbuilder Harold Burnham, and named after a longtime local fisherman. The build took place at the Essex Shipbuilding Museum's shipyard, and Burnham sourced local white oak and black locust trees for the construction. The trees were donated by the Essex County Greenbelt Association and local homeowners for the express purpose of building the beautiful Lannon. For the past 18 years, each 5th grader in Gloucester’s schools has been able to participate in a field trip and take a turn at the helm of the Lannon - and most of the crew working on the boat had that experience growing up.

I spoke to the boat’s owner, local Tom Ellis, to get his thoughts on the weekend’s events. “When we first started participating in Schoonerfest 21 years ago, the Ardelle and Adventure weren’t yet built, so we were the only schooner in town. Schoonerfest was always a great opportunity to be able to sail with other boats.” Now, he explains, with more schooners calling Gloucester home, the event is now more exciting than ever for the Lannon’s guests. “For us, it’s great to welcome boats from both the South and North that come for Schoonerfest. The committee has been doing a terrific job of hosting and catering to the needs of the vessels when they come in, and as a result it’s become the biggest event in the city,” Ellis states. “And it should be - so many schooners were built in Essex and were the envy of sailors all over the world, and it’s just great that they come back to Gloucester and keep that memory alive. Schoonerfest is the highlight of the sailing season, because so many like minded people come to town to share this history. It’s great to see this whole thing come alive.” 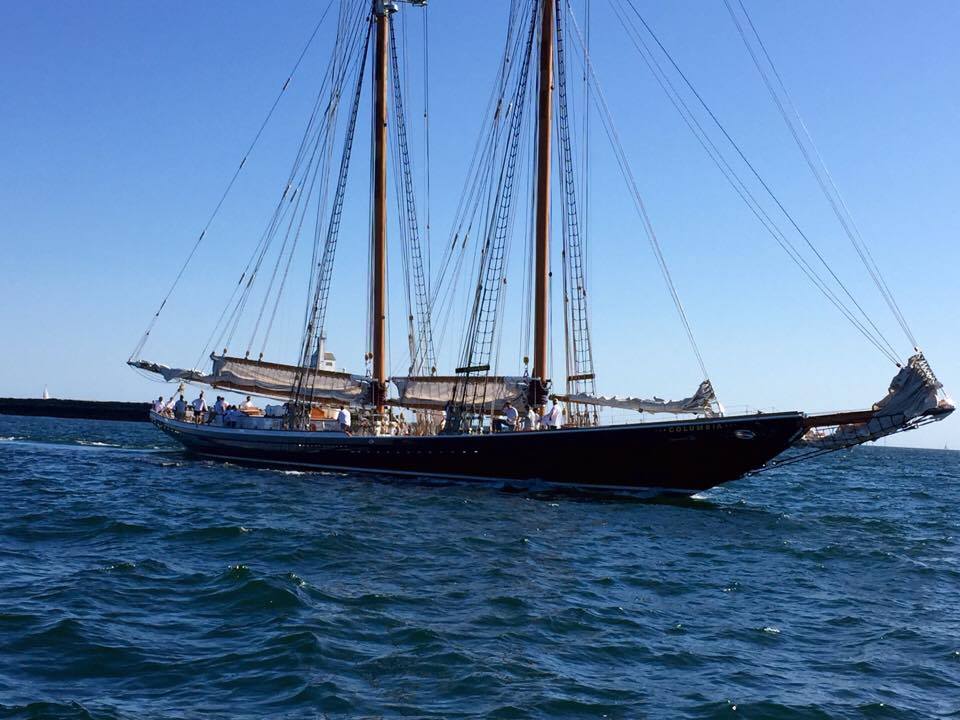 One older gentleman, Ellis recounted, saw the parade of sail from the boulevard when the harbor was full of boats tacking out of harbor with the prevailing southwest summer breeze. The parade reminded the man of when the call went out that the mackerel were just offshore, and all of Gloucester’s fleet were at the ready. It was an amazing site, and all boats would take off at once. “A lot of people don’t realize that the mackerel industry really built gloucester’s fishing industry up, from seine boats to schooners,” he explained.

The Lannon will be participating in the Mayor’s race on Sunday. As of now, a few tickets to join the crew on this once in a lifetime event are still available, at $200 for the entire day’s festivities. For more information including times and availability, call the Lannon's office at 978-281-6634.

Harold Burnham isn’t just famous for building the Thomas E Lannon, of course. He more recently constructed Maritime Gloucester’s Schooner Ardelle, which functions as both a charter and research vessel, with an educational component. Local school groups often take field trips on the Ardelle, teaching a new generation of Gloucester children the history of both the ship building and fishing and seafood industries on Cape Ann. The building of the boat helped the local ship building industry stay afloat during the recession, and the boat was approved for passengers back in 2011.

The Adventure, another more recently overhauled Gloucester-based schooner, was originally built as a fishing schooner in 1939. It was known as the biggest moneymaker of all time, landing nearly $4 million worth of cod and halibut before it ended its fishing fleet service in 1953 - and was the last American dory fishing trawler left in the Atlantic at that point. In 1954, it was converted into a windjammer for passenger use and was then donated to the people of Gloucester in 1988 as a National Historic Landmark. 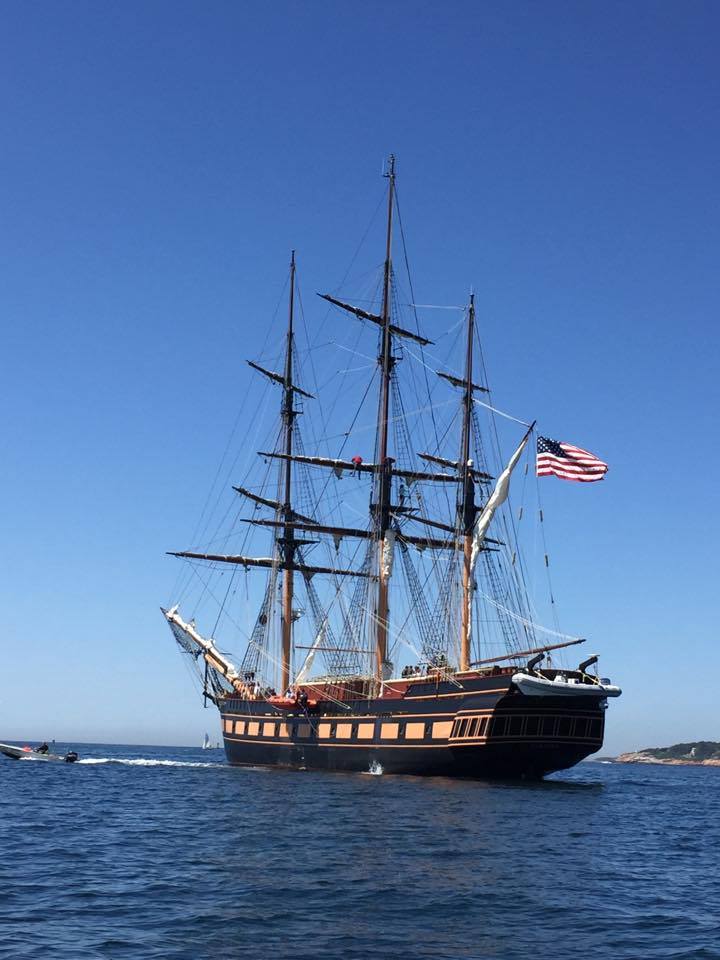 Other local schooners participating in the weekend’s events and race include the Bald Eagle, built in 1955 with an extensive rebuild by Harold Burnham back in 2002, owned by locals Paul Cole and Judith Nast; the Green Dragon, launched in 1951 and owned by Andy Bezanson of Berlin, MA; and the Sugarbabe, a fiberglass-hulled boat owned by Ed Boynton of Gloucester - built in 1975, it can be told apart from the others with its signature red sail.

The Schoonerfest weekend starts off Friday evening, with a ticketed Mayor’s Reception for invited guests. The vessels that will be participating in Schoonerfest will be arriving throughout the day. Later in the evening, one of Gloucester’s downtown block parties will take place from 6PM to 10PM, giving visitors and residents alike a taste of local merchants, artisans, delicious food, and entertainment. 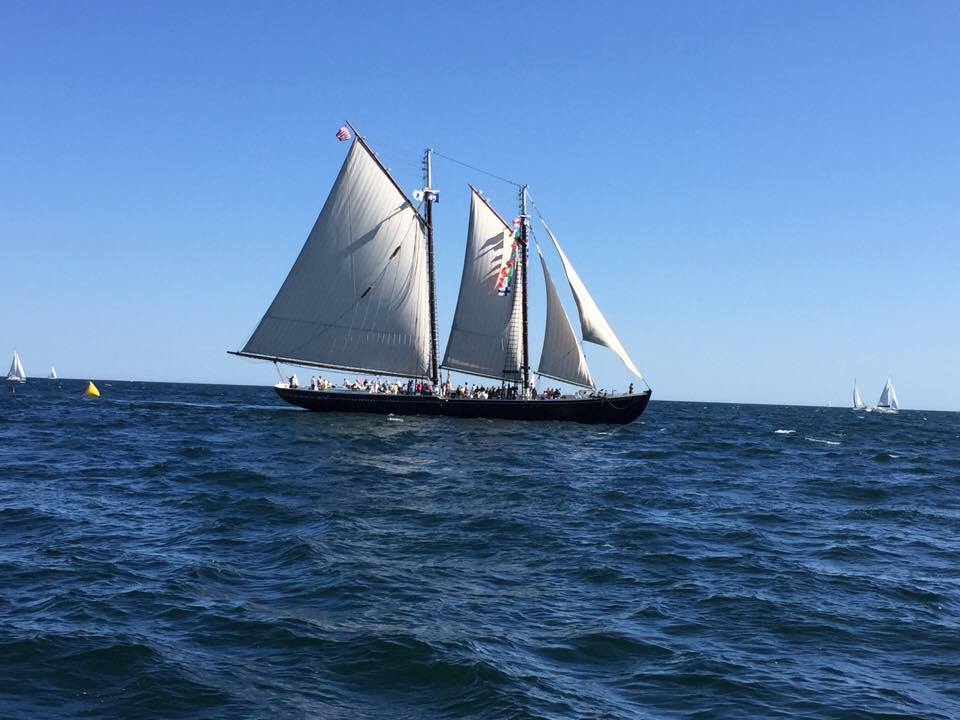 On Saturday, Sept 2 alongside the Schoonerfest fun, be sure to check out Maritime Heritage Day! The events take place from 10 AM to 4 PM at Gloucester’s Maritime Heritage Center. There will be tables set up for community organizations, traditional crafters, seafood demonstrations, and music by local band Old Cold Tater. This is a perfect event for kids of all ages and will have family-friendly events like magic shows. Also, schooners will be docked at the Maritime Heritage Center’s own pier, which means you’ll get a first hand look at some of the majestic fleet! Maritime Heritage day also fits in with the Gloucester Schooner Festival Committee’s goals of increasing youth education and interest in schooners.

From 4:30-8:30 PM, the Gloucester House holds a public clam and lobster bake, featuring live music and entertainment. The cost is $16 per person for lobster, corn, and cornbread. At 5:15 pm to 5:45 pm, the final Carillon Concert at Our Lady of Good Voyage of the summer takes place, and from 6:30-10PM there is a live music show and light effects on Stacy Boulevard to celebrate the weekend, and at dusk the annual Boat Parade of Lights begins on the Annisquam River. Schooners and boats travel down the river, through the cut bridge and into Gloucester Harbor, ending in Smith’s Cove. Finally, fireworks take place around 9:15 PM.

For a once in a lifetime event, why not attend a fireworks viewing party at the Beauport Sleeper McCann House on Eastern Point? Participants can watch the Schooner Festival fireworks display from the terrace and lawn of Beauport, and the $20 ticket ($12 for Historic New England members) also gets you a tour of the house in the evening. This event is for children over the age of 12 and adults only, and visitors are encouraged to bring blankets, chairs, bug spray, and picnic food. No candles will be allowed, and registration is required to enter. For more information, call the Beauport at 978-283-0800. 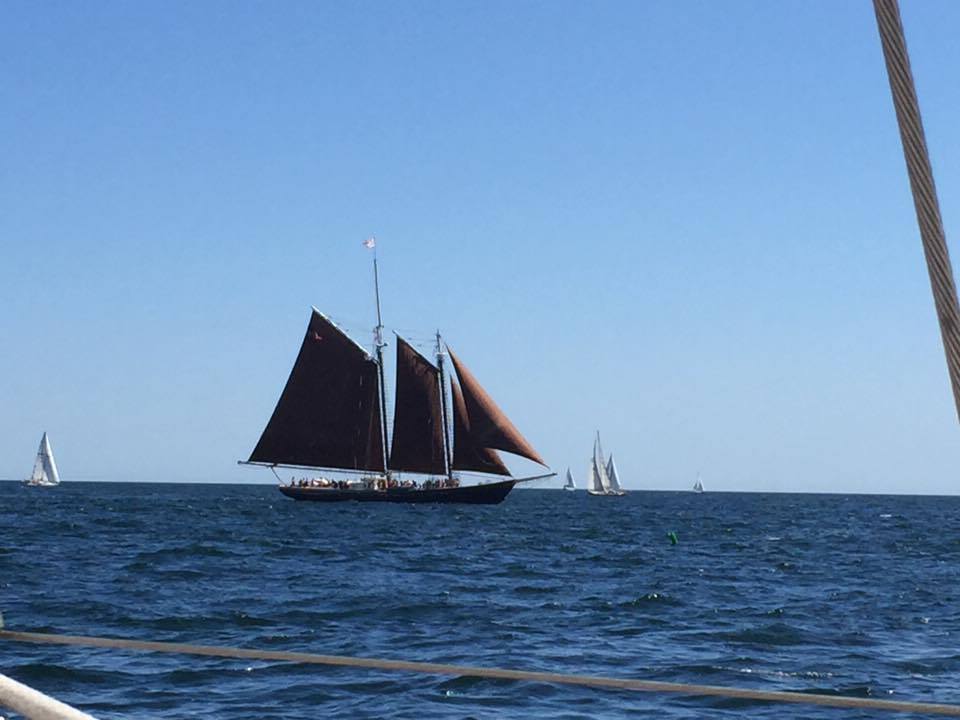 On Sunday, September 3rd starting at 10:30 AM, the annual Parade of Sail takes place! Schooners will sail from the inner harbor area, past the Fishermen’s Memorial on Stacy Boulevard, to the race starting area off Eastern Point. Starting at 11, there will be a shuttle bus to Eastern Point Light to view the start of the Mayor’s Race. The free shuttle bus provided by CATA can be boarded from Eastern Point Boulevard at Farrington Avenue (at Niles Beach). The Mayor’s Race, in which schooners compete for the Esperanto Cup, Columbia Trophy, Ned Cameron Trophy and Betty Ramsey Trophy off Eastern Point, begins promptly at 1 PM.

Also at 10:30, the Beauport Sleeper McCann House will also be open to the public again to watch the Parade of Sail and the Mayor’s race. Coffee and light breakfast refreshments are available, and visitors should pack a picnic lunch, blankets, and chairs. Tickets are $10 for Historic New England members, $15 for the public, and registration is required.

In case of rain or inclement weather, any missed events will take place on Monday, September 4. For more information on the weekend’s events, visit the Schoonerfest website or Maritime Gloucester’s website.