(Cover photo courtesy of Flickr/MA Office of Travel and Tourism)

Even though the summer is waning and back to school time approaches, Gloucester’s annual Schooner Festival gives Cape Ann one last hurrah - and draws not only dozens of beautiful boats, but thousands of spectators to America’s oldest seaport. 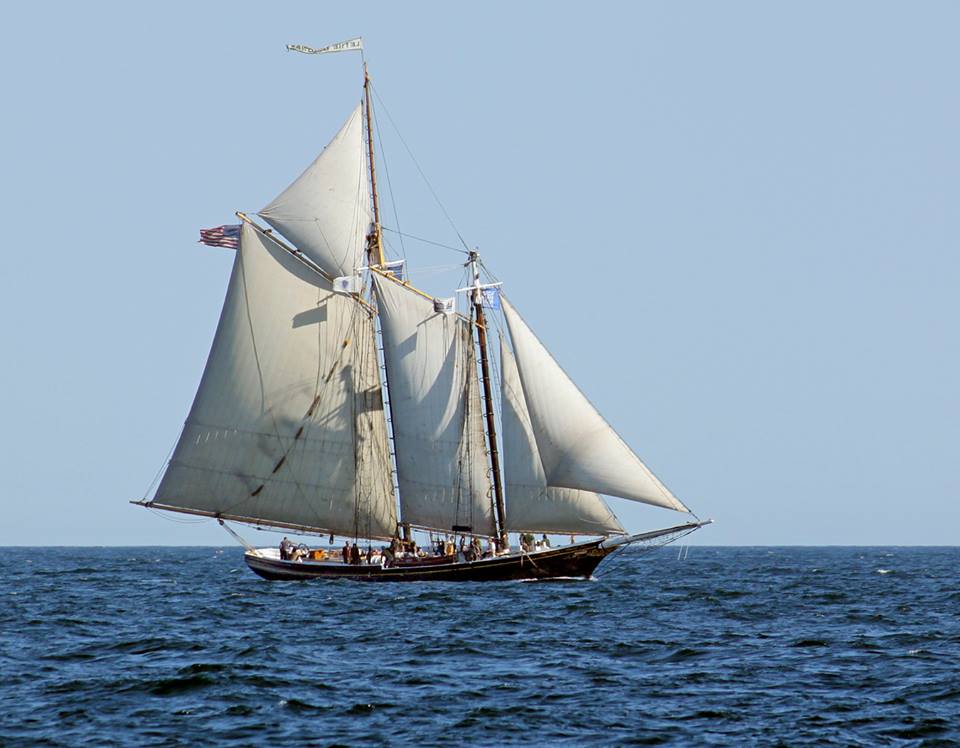 The Schooner Lettie G. Howard, built in Essex in 1893, will be participating in this year's Schooner Festival. Photo via Schooner Festival Facebook Page. This year marks the 32nd year of the event, which is known throughout the international maritime and sailing community and is organized by the Gloucester Schooner Festival Committee and Maritime Gloucester. The festival’s mission is to honor the fishing schooner and its prominent role in not only the history of Gloucester, but the Northeast seaboard and Maritimes of Canada.

Gloucester has several of its own hometown schooners that participate in the festival. The Schooner Thomas E. Lannon, built in 1997, is used for both public and chartered sailing excursions. It holds 49 passengers and is 90 feet in length. The Lannon was the longtime dream of owner Tom Ellis, who commissioned renowned local wooden boatbuilder Harold Burnham to build the boat at the Essex Shipbuilding Museum's shipyard. The Lannon was crafted from local white oak and black locust trees donated by the Essex County Greenbelt Association and local homeowners.

The Schooner Ardelle, which docks at Maritime Gloucester, is the facility’s research and educational vessel. It is also available for charter, as well as educational field trips for the city’s public schools. The Ardelle, also built by Harold Burnham, is known for its role in keeping the local shipbuilding industry alive during the recent recession, and was approved for passenger use in September of 2011. 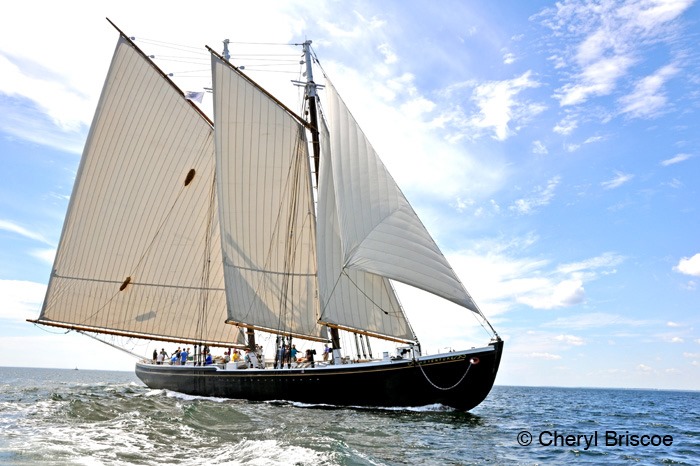 The Schooner Adventure currently docks at the Jodrey State Fish Pier. The Ardelle was originally built as a “highliner” fishing schooner in 1939, and landing nearly $4 million worth of cod and halibut before her retirement in 1953! At her retirement, the Schooner Adventure was the last American dory fishing trawler that remained in the Atlantic. The following year, the schooner was converted into a windjammer for passenger use, and in 1988 was donated to Gloucester as a National Historic Landmark. It has recently undergone a tremendous restoration and is now certified again as a passenger carrier, and tickets can be purchased for a ride on the schooner for the SchoonerFest Mayor’s Race! 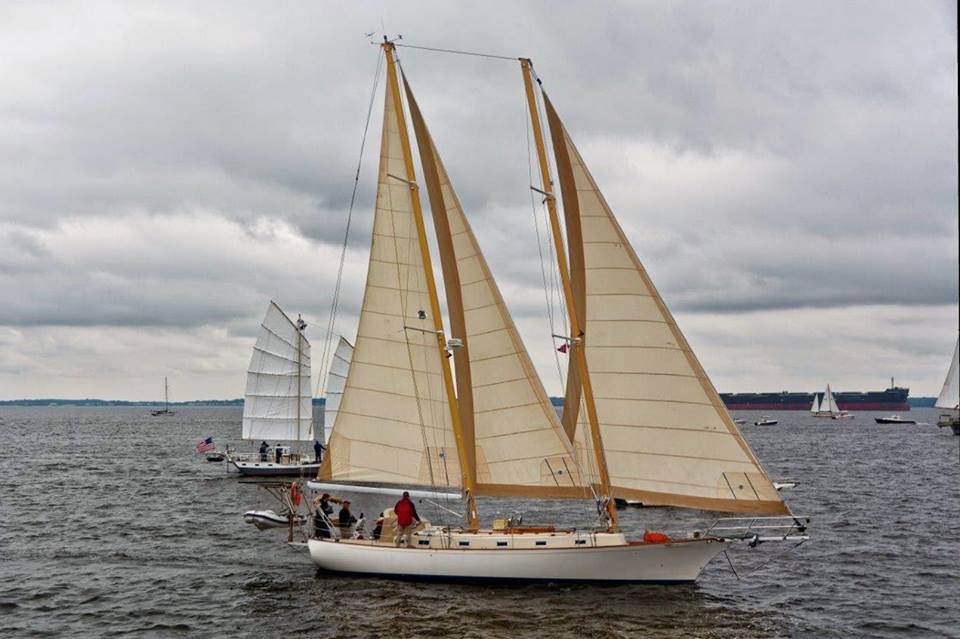 (The Schooner Apella, which will be attending this year's Festival, courtesy of the Schooner Festival Facebook Page)

Later, at 7 PM, the annual Boat Parade of Lights begins - kicking off by Jones Creek on the Annisquam River. Lit-up boats travel as a parade down the river, through the cut bridge, and into Gloucester Harbor, where the parade ends at Smith’s Cove. At around 9:15 pm, the parade is followed by a fireworks Display over Gloucester Harbor. 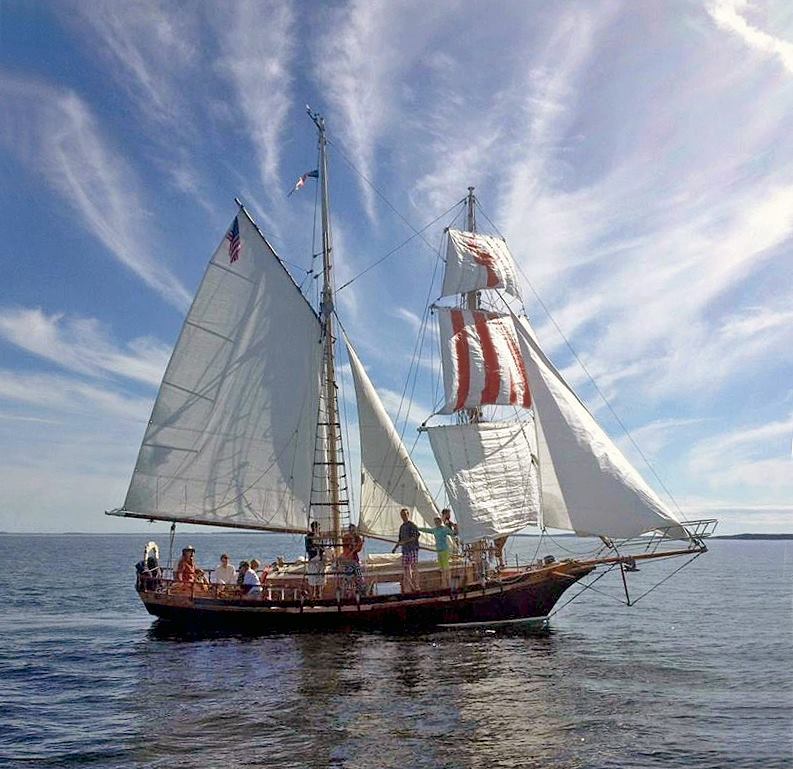 On Sunday, starting at 10:30 AM, the Parade of Sail begins! Watch schooners take off from Inner Harbor, sail past the Fishermen’s Memorial on Stacy Boulevard, and congregate at race starting area by Eastern Point.

At 1 PM, the Mayor’s race kicks off! All participating schooners will compete to win the “Esperanto Cup,” the coveted prize of the Mayor’s race. The cup serves as symbol of the rebirth of the traditional schooner races of the 1920s, and the history of the fishing fleet. In October of 1920, the first International Fishermen’s Race was held off Halifax, Nova Scotia between the Canadian Schooner Delawana and the U.S. Schooner Esperanto. A beautifully adorned silver cup was created for this race, known then as the “Halifax Herald Perpetual Trophy”. The Gorton-owned Esperanto won the first two out of the best-of-three race series, and the cup has been renamed in its honor.

Come join us here in Gloucester for this spectacular event to celebrate labor day and our city’s rich fishing traditions with the Schooner Festival - you won’t regret it.